Last weekend was the Lowlands Throwdown weekend. One of the most, if not the most, respected fitness competitions in the Netherlands in which I was honored to be selected as one of the judges. Although for the athletes it was a 2-day event (a very hard 2 days I must say) judges needed to spend one additional day to be briefed on the flow of the workouts and the movement standards.

Friday felt like I was working for the CIA, everything done in absolute secrecy! The workouts were strictly confidential as they would only be announced to the athletes on the respective day of the competition. We were briefed on almost 6 workouts (one workout was not disclosed to us either) in as much detail as possible, to ensure all judges felt confident to judge at the competition. My experience in judging big events is not very extensive, but I must admit that having participated in the Lowlands Throwdown has boosted my confidence a lot.

Besides that, the two days at the Omnisport arena were so full and exciting that I actually needed a day to recover! Having the opportunity to watch what is going on behind the scenes gave another dimension to the whole event. Last year I was a spectator and this year I was in the arena next to the beasts competing for first place! What a difference!

The level of the athletes was remarkable, to say the least. It was very inspiring to see their dedication, the way they were reacting to no-reps (most athletes thanking the judges for their help!) but also how they demonstrated the true spirit of CrossFit cheering on their ‘competitors’ in every single workout. So many great moments and unforgettable memories!

There was nothing missing from this even. Even a marriage proposal came out of nowhere just when the final workout was being announced. One of the male athletes asked for the mike and initially thanked the organizers and all volunteers for their hard work in preparing the event, the usual stuff. Then he asked for his girlfriend also a competing athlete to come up and he popped the question. Just like out of a movie! 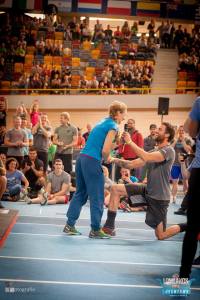 From a judge’s perspective, it was a very well-organized event to the last detail. From the briefing to rotation of the judges, regular breaks, lunch, beverages everything was taken care of. The team was ready to be “fluid” and adapt to anything that might arise and at the end of the day we were happy to have 0 appeals!

Next judging event, the Tiglon series #2 on the 1st of November! 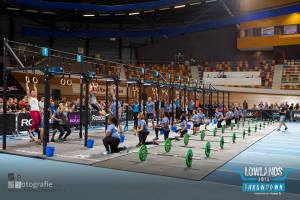