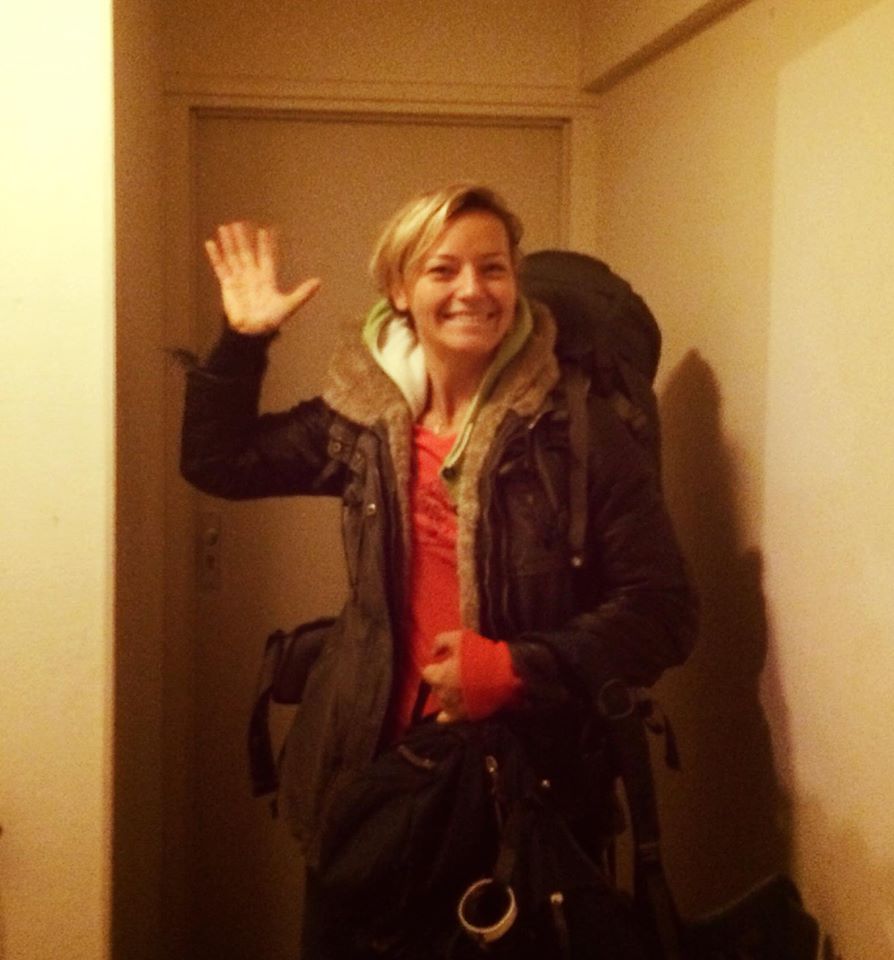 I still remember that early morning leaving Anna’s house to catch the train from Hilversum to Hamburg and then make my way (somehow) to Goch, with my backpack fully loaded although I was only going to be away for a week. A test trip, tiptoeing out of my comfort zone, yet holding on to home, the Netherlands, as tightly as I could. Boy, have I learned to pack lighter since then!

It is not the end, but for some reason, tonight I feel like writing this down. It gives me joy to reflect on the things I’ve learned, the fears I’ve overcome, the new cultures I was introduced to, the taboos I let go of and the people I let enter my life and become part of it.

The girl that left Hilversum that day in October 2015 has grown and in the same time feels younger every single day.

That girl was scared of the unknown, was afraid of being alone and of not ‘making it’. She was afraid of being judged by others for failing, before even giving it a go. She felt exactly the sort of fear that keeps many people from taking the first step towards any endeavor, but it would seem she was more stubborn than scared. Stubbornness was probably the leading force at first. And this force was so strong that it covered all fears, hid all tears and fueled her engine every single day.

I am grateful for having people in my life that supported me and kept me going. People that were there to listen when I needed to talk, who let me cry without judging me, who didn’t care if I would ‘fail’ and who loved me unconditionally, in their own unique way. People that were giving and inspiring and motivating; people who turned to me for inspiration and motivation thus pushing me to become a better person to not disappoint them, pushing me to go one more step forward.

It’s people like Angie (my guardian Angel), like Ashley (to whom I will always be indebted for believing in me when I did not believe in myself; for showing me the way to step out of my comfort zone and explore the World; to find happiness on the path I was taking rather than the destination I was about to reach); people like Joke, Stavroula and Konstantinos who already knew me but also people like Sasha and Licia; people like Savio, Karine, Funda, who not long ago were strangers to me and I can now call them friends. Not, acquaintances. Friends. 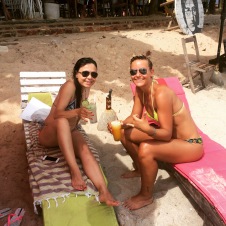 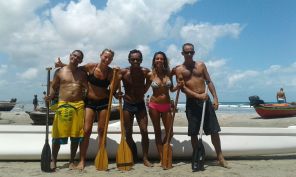 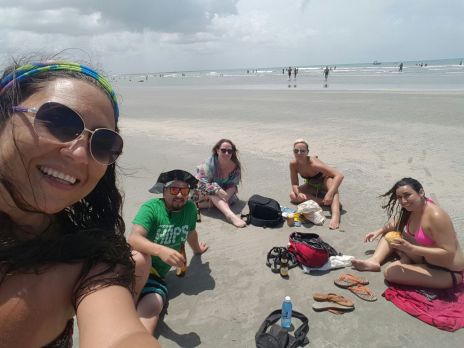 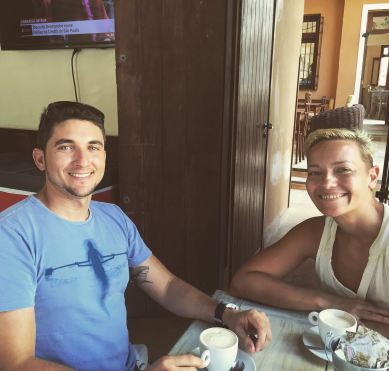 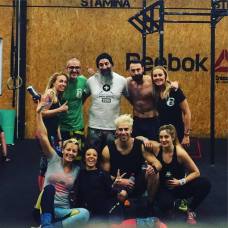 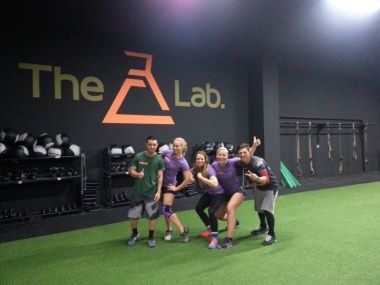 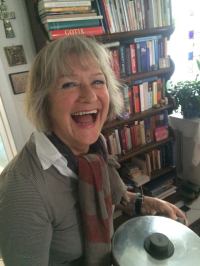 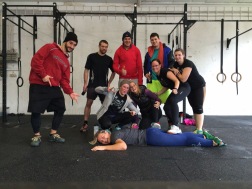 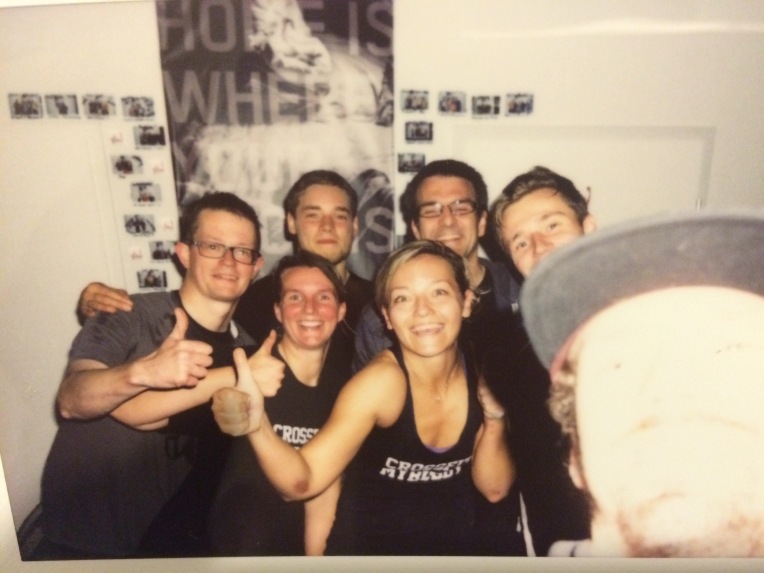 I learned so much during these 215 days and nights. Some things I learned the hard way, some were fun. I cried and laughed, both to the extremes, as always. I trained a lot, smashed some PRs and had the privilege of joining some amazing CrossFit communities around the world. I danced. A lot. Music has been my companion all this time. I learned some Italian and my Portuguese is still work in progress. I  tried new things. All sorts of new things. I’ve tasted new flavors, new smells, new drinks, new fruits and veggies I never saw or heard of before. I tried weed. I started actually enjoying a meal at a restaurant alone. I realized I am stronger than I thought. I realized there is nothing to be fearful of but my own self.

I spent days of doing nothing at all with my feet in the sand. I spent days wondering why the hell am I doing this. To this day I don’t have the answer to this question; there is only the gut feeling that I should keep going.

I built beautiful things and I’ve broken things. I fixed things and I have accepted that some things just are the way they are. I have expanded and opened my mind and heart unconditionally.

In the end, it has been 215 days of awesomeness, 215 days of discovering me and realizing who I am, what I like, what I don’t like, what’s valuable and what not. 215 days of lessons.

I’ve learned that no one can fully love me until I accept and love myself for the person I truly am.

I’ve learned that happiness is in the small things. In being consistent with one’s goals and having impeccable integrity. Happiness comes from giving, helping and smiling at people – there does not have to be a reason for that.

I’ve learned that I have it within me to create the life I want to lead, if I work hard enough.

I’ve learned that what matters the most is connecting to people, being sincere and open, exposing your flaws and let life decide the next step.

I’ve learned that I have to trust life because everything has a positive effect on us, whether we see it at first or not.

I’ve learned that whenever things turn bad, I need to stop hiding under my blanket and get out of the house, be it a gym or the beach or just around the corner. Just don’t stay in and delve into depression.

I’ve learned that love and a smile can warm up even the hardest of hearts.

I’ve learned that its ok to be me; to be the first one to cry at movies; to be heard when I laugh; to stay silent if I feel like it; to dance while waiting for the train or to dance in the rain; to eat two cinnamon rolls if I feel like it (cause I know damn well I will kick myself in the bum afterwards for doing that!).

I’ve learned I cannot live away from the sea for too long. I’ve learned that dancing is my happy pill.

I’ve learned that the way people see us is so much different than the way we see ourselves and that there is always someone being inspired or touched by the things we do, even when we don’t realize we are doing them.

I’ve learned to let go of the material things – I’m no longer a collector of shoes and dresses. I am collecting moments and memories. I’m collecting wishes from friends in my little black booklet and this makes me smile and brings tears of happiness in my eyes.

I’ve learned to accept and move on, if at all possible with a smile on my face and feeling grateful for the lessons I’ve learned.

I still need to work on many things, but somehow things are more clear in my mind than 215 days ago.

That girl back in Hilversum in October 2015, is a girl I never want to forget. I need her to remind me that everything is possible in life and that life itself is worth celebrating every day. It’s a shame that we only get to celebrate our birthday once a year, but, oh. Wait. Who said we only have to celebrate once?

So, here is what this girl decided to do. I will celebrate my birthday twice a year (for starters – if I like it too much I may as well be celebrating on the 16th of every month!). For now, I will be a birthday-girl on the actual day I was born (16 January) and on my half-year birthday (on 16 July). I’ve always wanted to have a birthday party in the summer time, so why the heck not? Lucky me, this year both my birthdays will be in the summer! July in Canada and January in Jericoacoara! Am I not the luckiest girl in the world?

Given I am celebrating, can I also ask you celebrate with me? Whether we have met at some point in our lives or if you’ve only known me through my posts, I’d love to get a birthday card from you for my half-birthday coming up in July. It can be as simple as a note on a while sheet of paper, or you can go crazy and look for a card for someone actually celebrating the 36 ½ year of their life on Earth! I know e-cards are easier, but I am old school, just love opening envelopes!!

So if you are willing, surprise me and send me your card to

There’s no prize to be won. You will just put a huge smile on my face 🙂 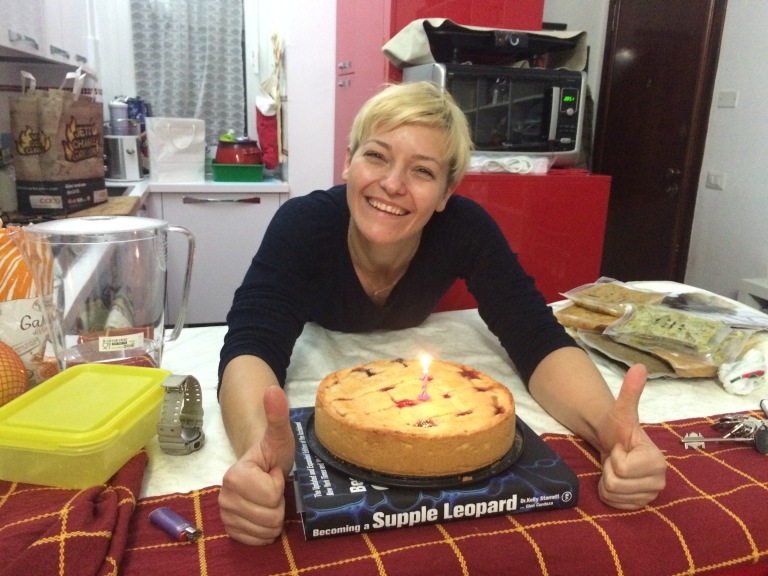